How do roasted vegetables (potatoes, zucchini, eggplants, onions, and tomatoes) with a bunch of spices, garlic, some greens, and a generous drizzle of olive oil sound to you? If you’re thinking of Ratatouille, you’re wrong! That’s right, today’s recipe calls for Greece’s briam, and it’s a text-book Mediterranean diet. 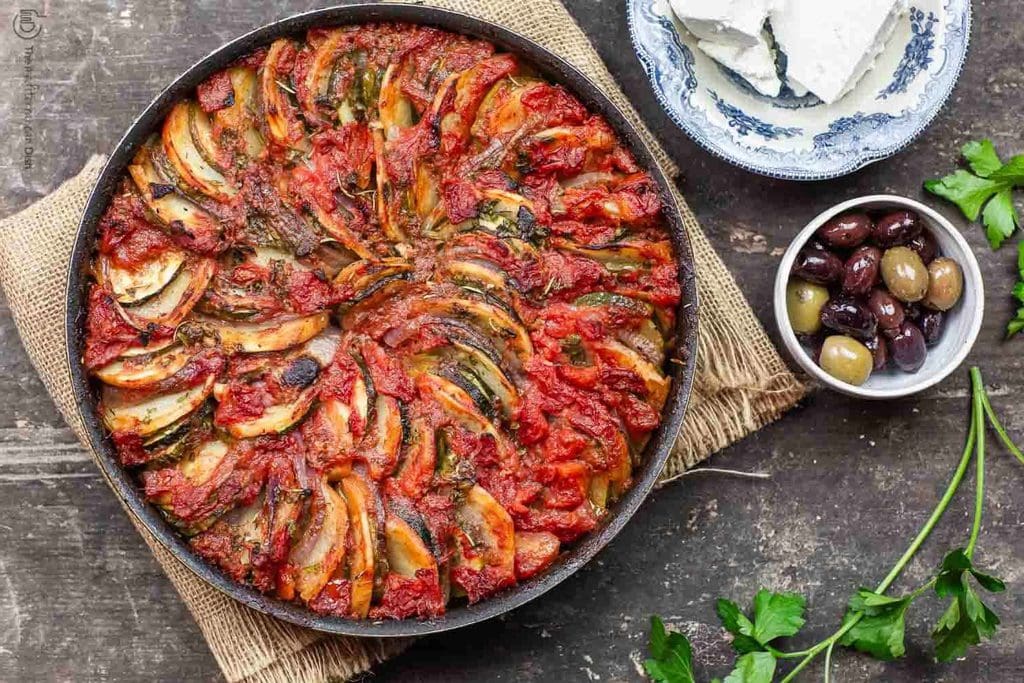 Which Came First, Briam or Ratatoillle?

There is quite the debate on whether briam should be called the Greek ratatouille or ratatouille should be the called French briam. Truth is, nobody knows for sure which recipe came first, but it doesn’t matter. Both dishes represent a perfect take on roasted vegetables, although, in some parts of France, people like to use the stovetop to prepare their ratatouille.

Of course, the Greek briam recipe has hundreds of variations, but this one comes from the island of Patmos.

As stated above, this Greek classic varies by region, so feel free to adjust the ingredients by adding or removing other veggies and spices. For example, replacing the potatoes with bell pepper would make this dish even lower in carbs. A dash of piney rosemary would give it a pleasant kick, and serving this with feta cheese would make a huge difference. 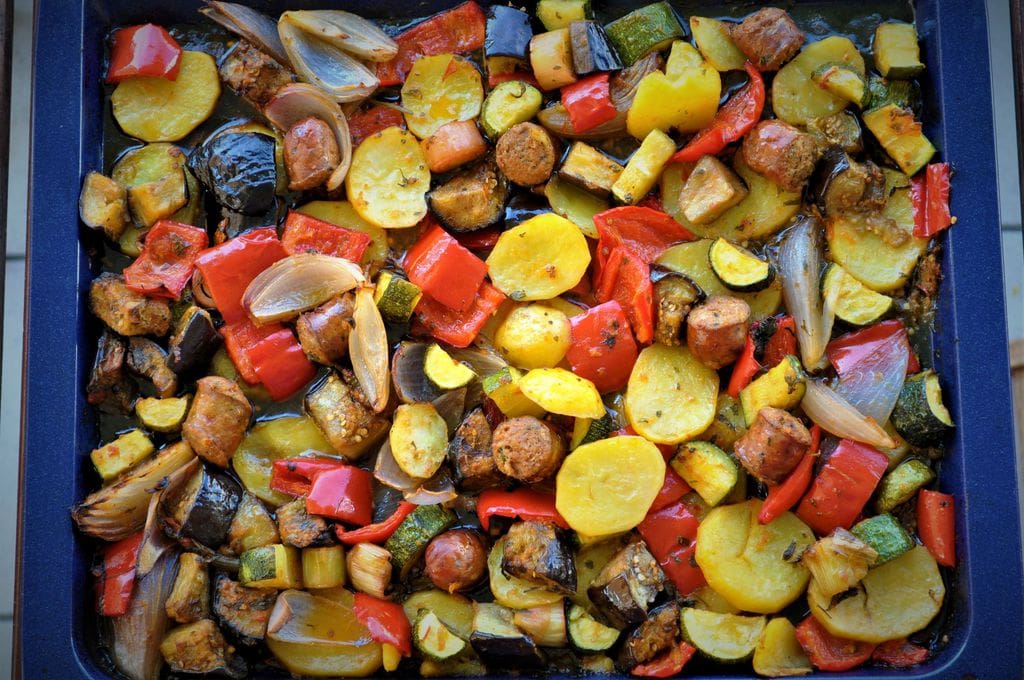 For presentation purposes, this exact recipe calls for thinly sliced veggies and a round pan or skillet (11-inch would do). However, this recipe works great with thicker chunk cuts roasted in a square casserole, especially if time is pushing you. 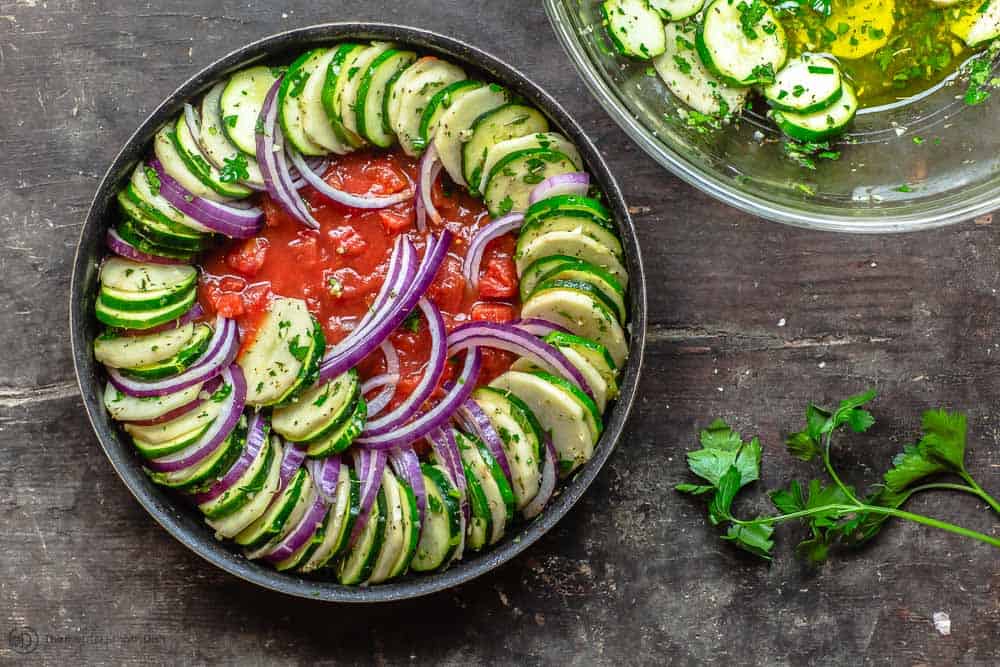 Five of the Best and Most Comfortable Backpacking Quilts of 2021

The fastest way to ruin a weekend hike or multi-day backpacking trip is to choose the wrong type of ...

These Romantic Getaways Will Leave You Breathless

There is nothing more romantic than watching the sunset over the Aegean Sea. The gorgeous beaches ...

Wine fans, it is time to rejoice over Walmart's incredible wine bottle now hitting shelves. While ...