From presidents to royalty, and celebrities to legendary icons, there are many historical figures which a lot of people never realized had black ancestry. While many may have been open about their heritage, others kept the identity of their ancestors hidden. 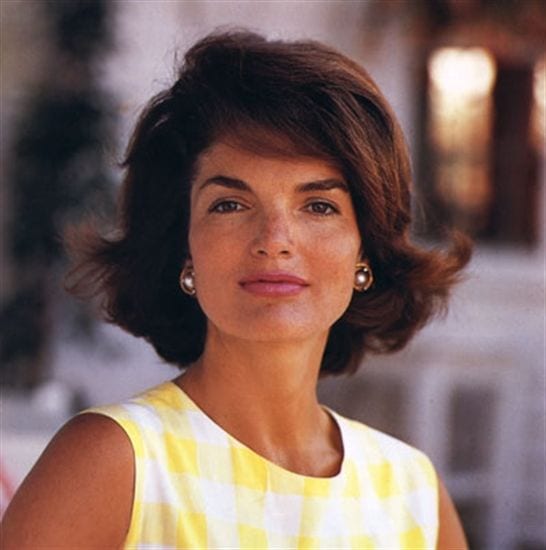 The famous Betty Boop character is colored white in all cartoon animations, but the character was created after a real-life singer. Cotton Club singer, Esther Jones, who was best known as “Baby Esther,” was the inspiration behind the cartoon of Betty Boop, and she was black. Jones sang “I Wanna Be Loved By You (Boop- Boop-BeDoo)” in a baby voice, which was the reason behind her stage name. Although the character of Betty Boop highly resembled the singer, Esther failed in winning the rights to the cartoon character. 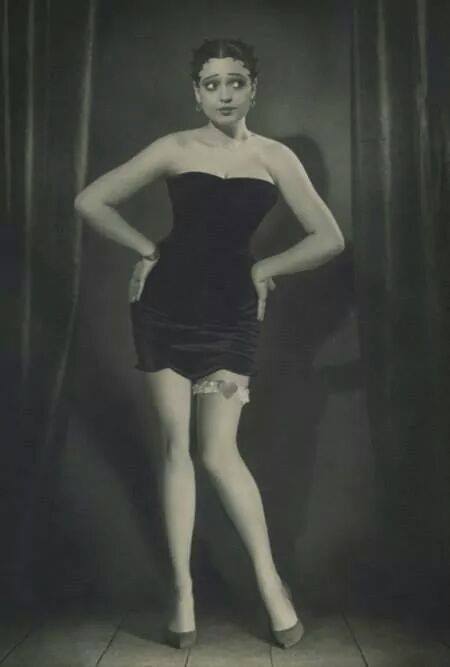 He is best known for his role on Prison Break and, unsurprisingly many people would have looked at heartthrob Wentworth Miller to believe he was white. However, most likely unknown to many but, the talented actor has a black father and a white mother. Perhaps Miller could heavily relate to his role in The Human Stain when he played a black man who tries to pass himself off as white. He certainly fooled us with that one in real-life too. 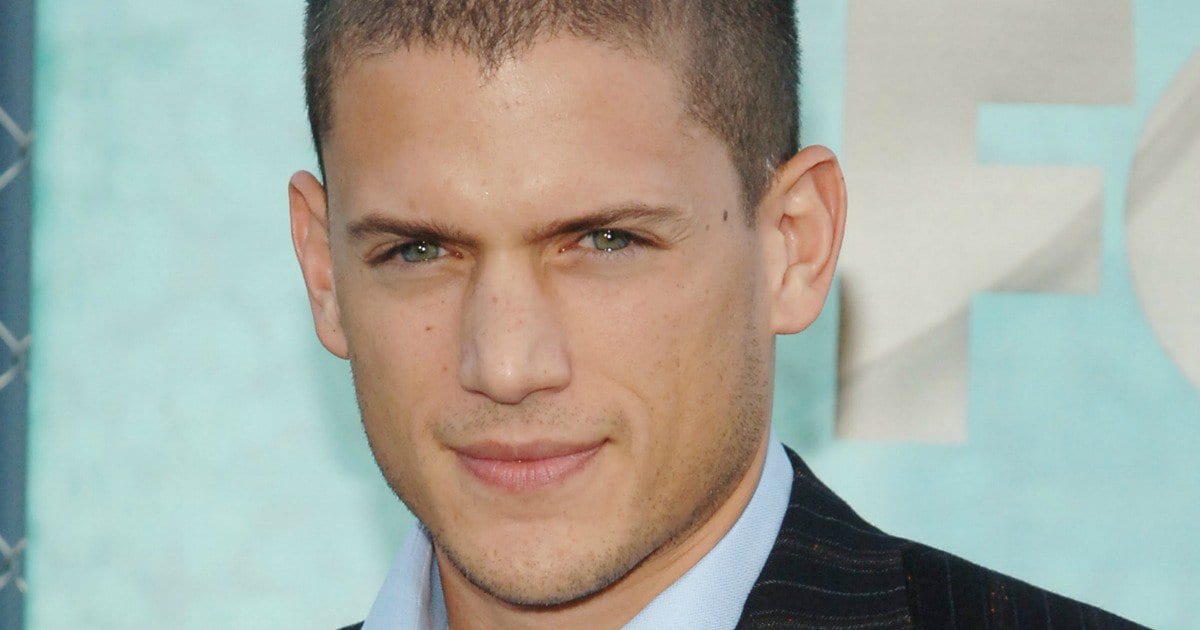 Jennifer Beals is a former teenage model and best-known for being an American actress. Her most notable role is as Alexandra “Alex” Owens from the 1983 hit romantic drama, Flashdance. She has since become a Golden Globe Award nominee for her role as Better Porter on the Showtime drama series, The L Word. However, even after appearing in over 50 films, people may have mistaken Beals for being white. While her mother is Irish-American, her father is African-American, making Beal mixed race. 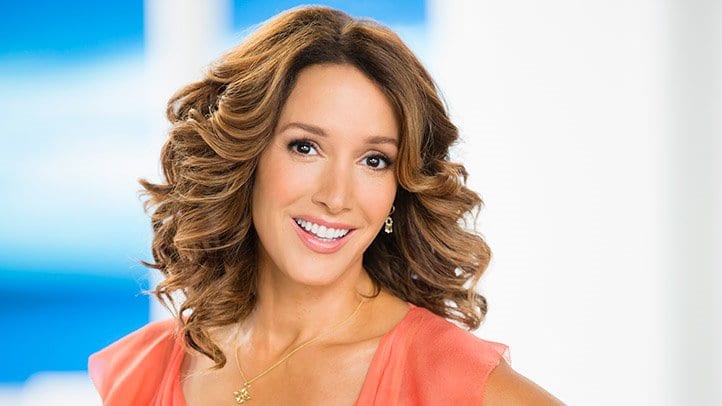 Clark Gable never wished to hide the fact he had black and Native American heritage, but it was never widely publicized about the actor either. However, Gable was never one to dismiss someone because of their race. When his Gone with the Wind co-star, Hattie was forbidden to attend the premiere of their film in Atlanta, Georgia, he threated to boycott the whole thing. Even on set, if he saw “colored” and “white” bathrooms, he would refuse to continue working until everyone was treated the same. 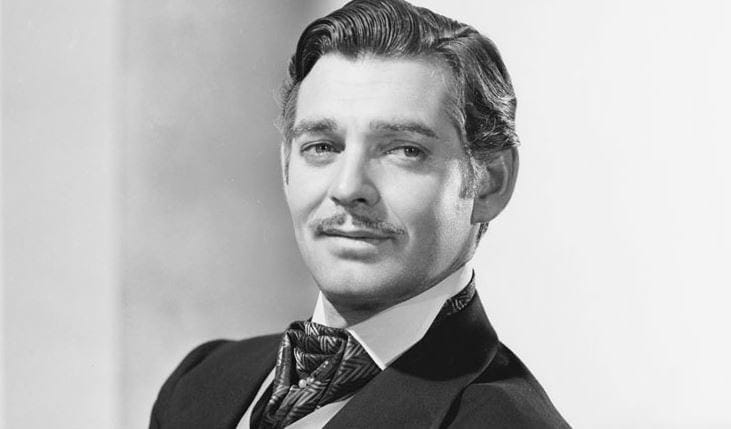 What may come as a real surprise is that Fall Out Boy frontman, Pete Wentz, has black ancestry. Although the singer has always been considered to be pretty white, his grandfather was black and was the ambassador to Sierra Leone. Away from rocking out on stage with his fellow bandmates, the father of two is a philanthropist and activist. He is a supporter of Invisible Children, which is an organization that aims at helping refugees in Uganda and is an organization Wentz is very passionate about. 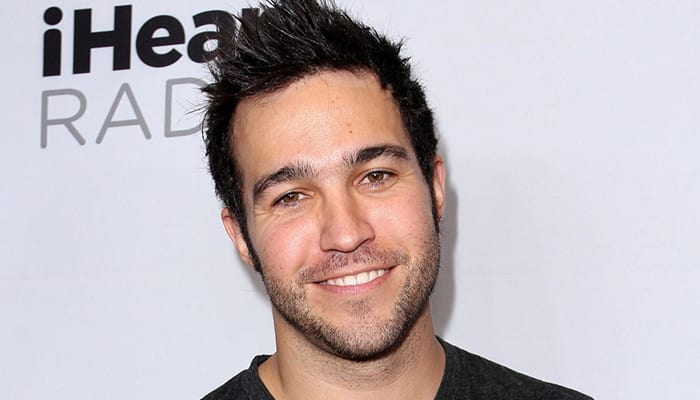 He was a famous New York Times book reviewer who passed himself off as white in his elder years. However, the truth was that Anatole Broyard was born to light-skinned black parents, and grew up in a predominantly black Brooklyn neighborhood. When he grew up and became a well-known name, no one knew of Broynard’s ancestral background. The truth came to light when his daughter, Bliss, wrote her book, One Drop: My Father’s Hidden Life – A Story of Race and Family Secrets. 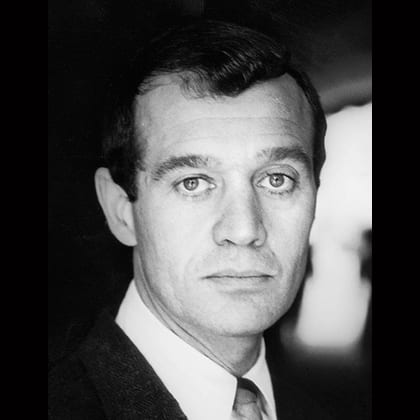 It was in 1994 that Darnell Martin wrote and directed I Like It Like That. What many people did not realize at this time, was that her work made Martin become the first black woman to write and direct a feature film for a major Hollywood studio. Such an achievement should have been publicly recognized, but it was overlooked since many people were not aware that Darnell has a black father. As a result, this milestone has not been widely celebrated. 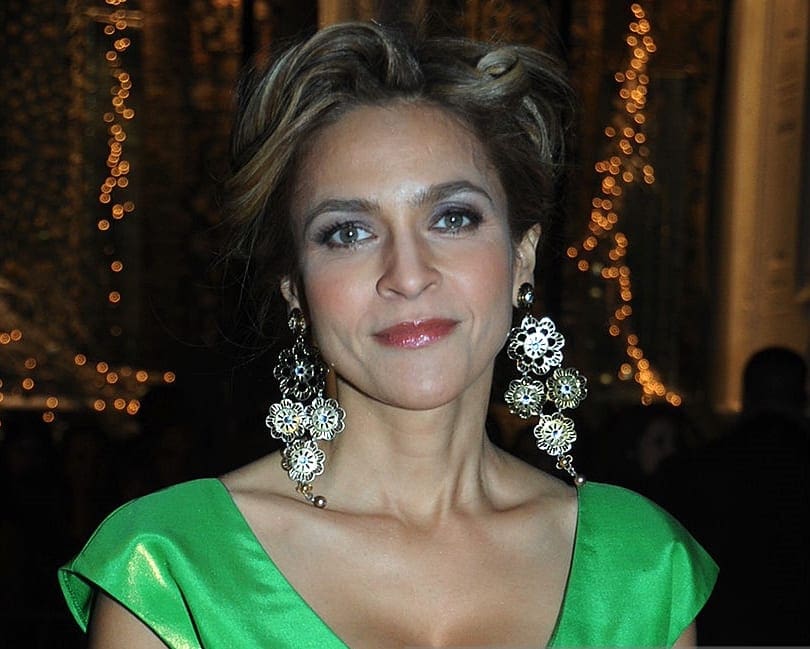 Alexander Hamilton was one of the Founding Fathers of Americas, and he was the First Secretary of State whose face adorned the U.S. 10-dollar bill. While you may recognize this famous face, you may not have known that his mother was said to be of “mixed blood.” However, his mother, Rachel Fawcett Lavain and Alexander himself were light-skinned enough to pass off as white, so no one would none the wiser. Meanwhile, his older brother was dark skinned and treated as black. 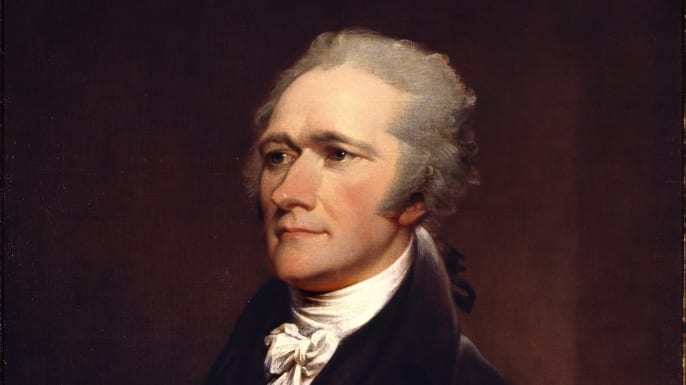 She is one of music’s superstars, and Mariah Carey has proven her success in the industry by selling millions of records. She is famous for her hit singles which include “Hero,” “All I Want For Christmas Is You,” and “We Belong Together.” While this Diva certainly has a raw talent when it comes to her vocals, people are still uncertain about precisely what ethnicity Carey is. Born to an African-America father and a Caucasian mother, Carey is mixed race but is often considered to be white. 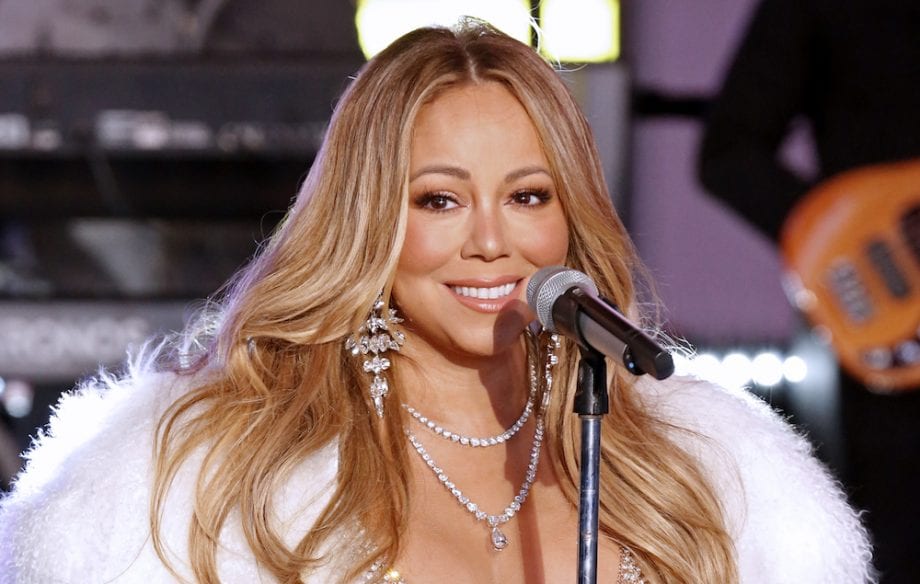 Alexandre Dumas gained fame and fortune as a French writer who wrote The Three Musketeers and The Count of Monte Cristo. His work has since been translated into nearly 100 languages, and he has been regarded as one of the most widely read French authors. Dumas was born to a white father, who was a general and rival of Napoleon Bonaparte and brought his son to France. Meanwhile, his mother was a slave of Afro-Caribbean ancestry, meaning Dumas was, in fact, mixed race. 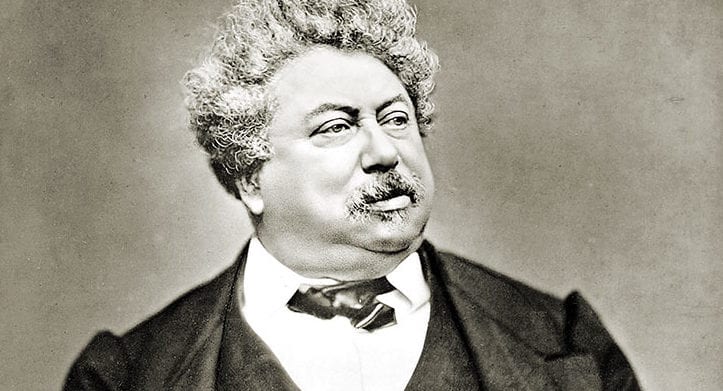 King Tutankhamen was an Egyptian pharaoh of the 18th dynasty and was known as Tutenkhaten when he became prince at the age of nine or ten. During this time, he took the name Nebkheperure and, when he became king, he married his half-sister, Ankhesenpaaten who later changed her name slightly to, Ankhesenamun. King Tutankhamen has been described as being fair skinned, but artifacts at his tomb have proven otherwise, and have shown that he was actually a black African. 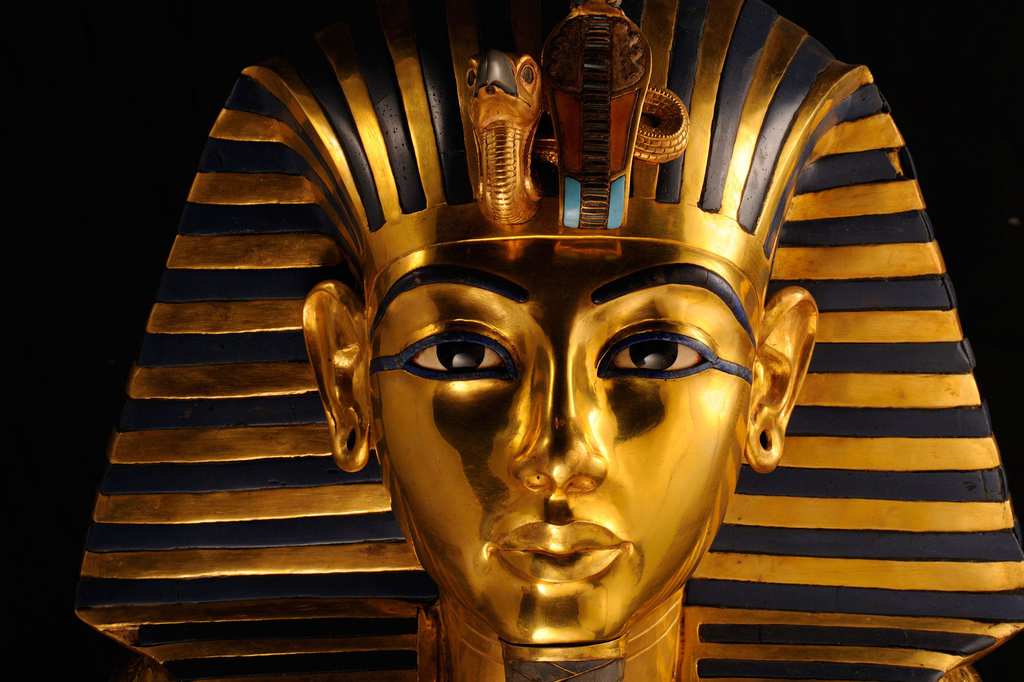 She won critical acclaim for her role as Ann Perkins on the NBC comedy series, Parks and Recreation, but Jones comes from quite the famous family, and is, in fact, mixed race. Her parents are actress Peggy Lipton and music mogul Quincy Jones, and her younger sister is actress and model, Kidada Jones. Her father, Quincy Jones is African-American with Tikar roots from Cameroon, and her mother is Ashkenazi Jewish, who is a descendant of emigrants from Russia and Latvia. 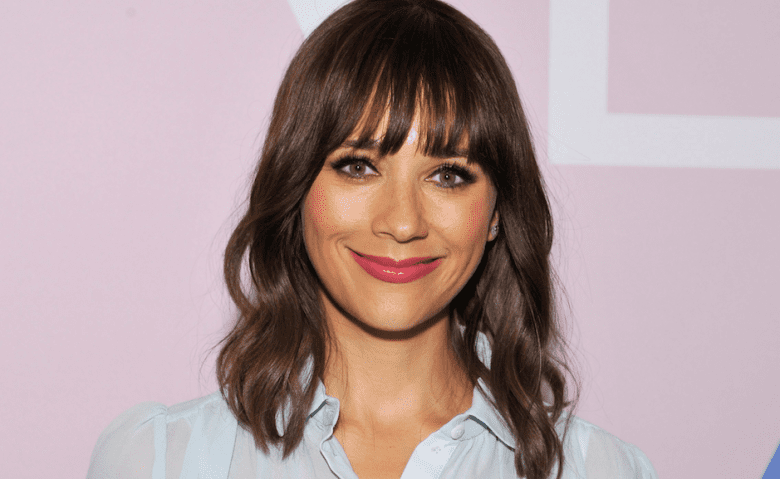 Joseph Boulogne was a man of many talents having been a champion fencer, classical composer, virtuoso violinist, and conductor of the leading symphony orchestra in Paris. Also known as Le Chevalier de Saint-George or the “Black Mozart,” he was often considered to be white regardless of his other names. However, he was the son of an enslaved African woman, and his father was a wealthy planter. Boulogne managed to succeed in French society because of his mastery of music. 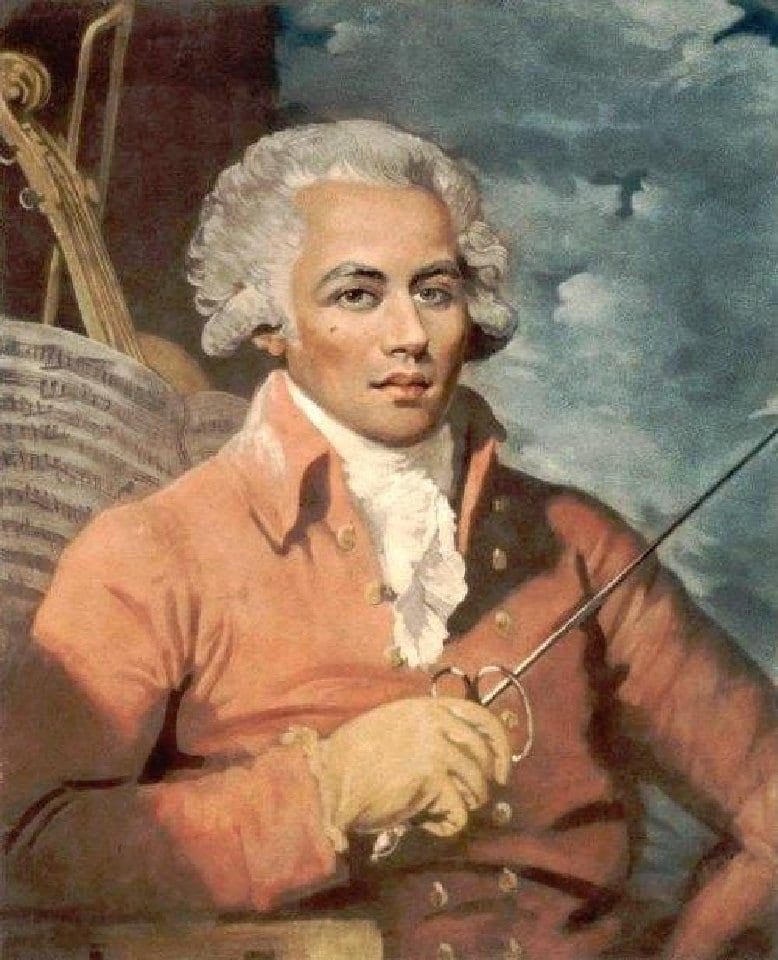 George Augustus Polgreen Bridgetower was born in Poland and later moved to England where he became a virtuoso violinist. At the age of ten, he was already performing at the Drury Lane Theatre, and he managed to navigate himself among the white high society. However, Bridgetower was actually Afro-Polish, since his father was believed to be West Indian. What’s more, is that it has been claimed that his father was an African Prince. Meanwhile, his mother was a Polish woman of German descent. 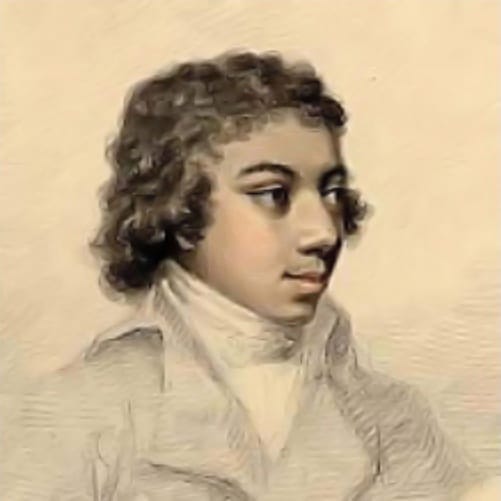 Actor Michael Fosberg had grown up curious as to how he managed to be a white kid with an afro growing up in north suburban Waukegan. At the age of 32, however, the struggling actor at the time was told by his mother that his biological father was black. When the day came that he finally met his father, he recalls, “it was like looking into a mirror.” He continued, “I was completely blown away. I also found it extremely comforting to know where I came from.” 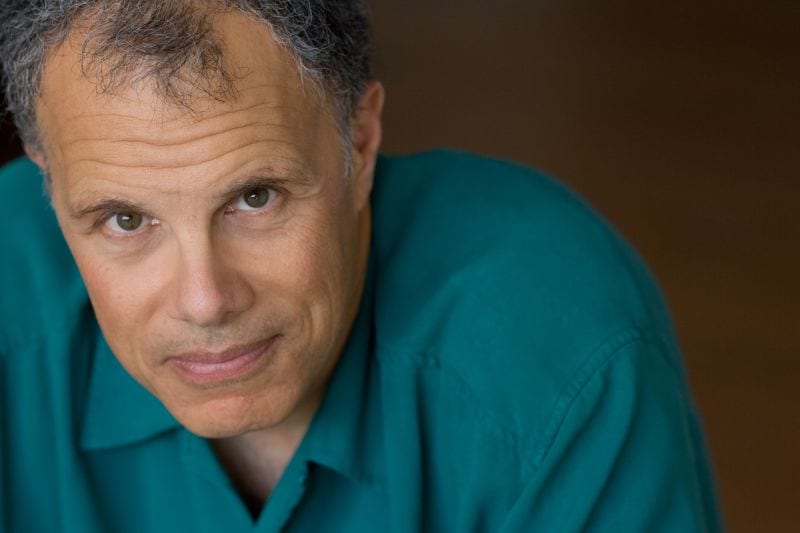 Former American professional baseball shortstop, Derek Jeter, has been spotted on the pitch many times over his career, and most people assume he is white. These days, Jeter is the chief executive officer and part owner of the Miami Marlins of Major League Baseball. While during his professional career he was considered to be of white ethnicity, he was actually born into a family with an African-American father and a Caucasian mother. His parents met when they were both serving in the United States Army in Germany. 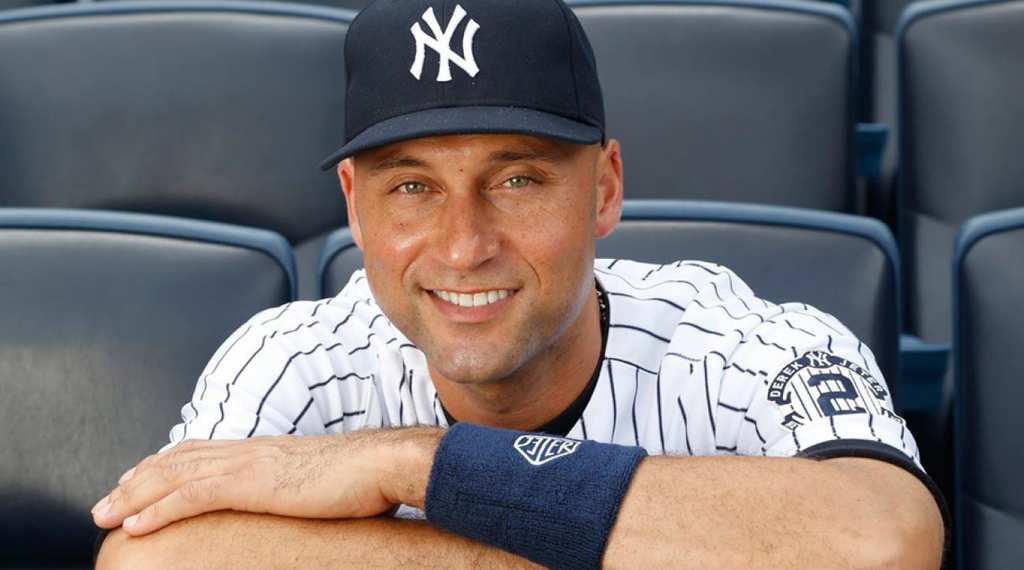 Rosario Dawson is more than just a triple threat, working as an American actress, producer, singer, comic book writer, and political activist. This leading lady is best known for her roles in Rent, Men in Black II, and Sin City. She is also currently in five of the Marvel/Netflix shows – Daredevil, Jessica Jones, Luke Cage, Iron Fist and The Defenders – where she plays Claire Temple. Meanwhile, Dawson’s mother is of Peurto Rican and Afro-Cuban descent, so Rosario has often been cast for African-American or Latina parts. 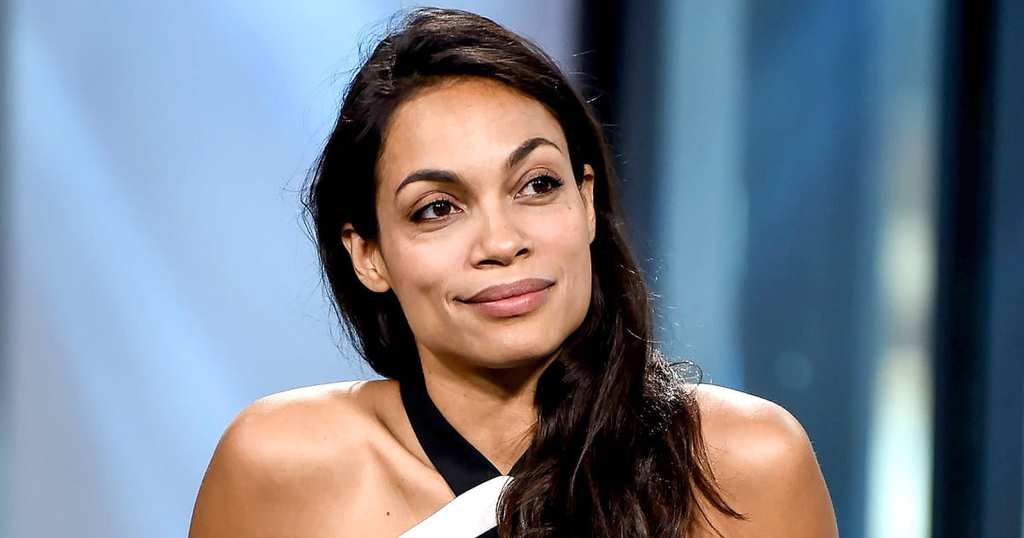 Slash is an English-American musician and songwriter, who is best known as the lead guitarist of the rock band, Guns N’ Roses. Together with his band, Slash achieved worldwide success during the 90’s, and he is considered to be one of the greatest rock guitarists of all time. Slash was born under the name Saul Hudson, to a white father and black mother. Speaking of his mixed background, he explained how he was always amused at the fact he was a musician who was both British and black. 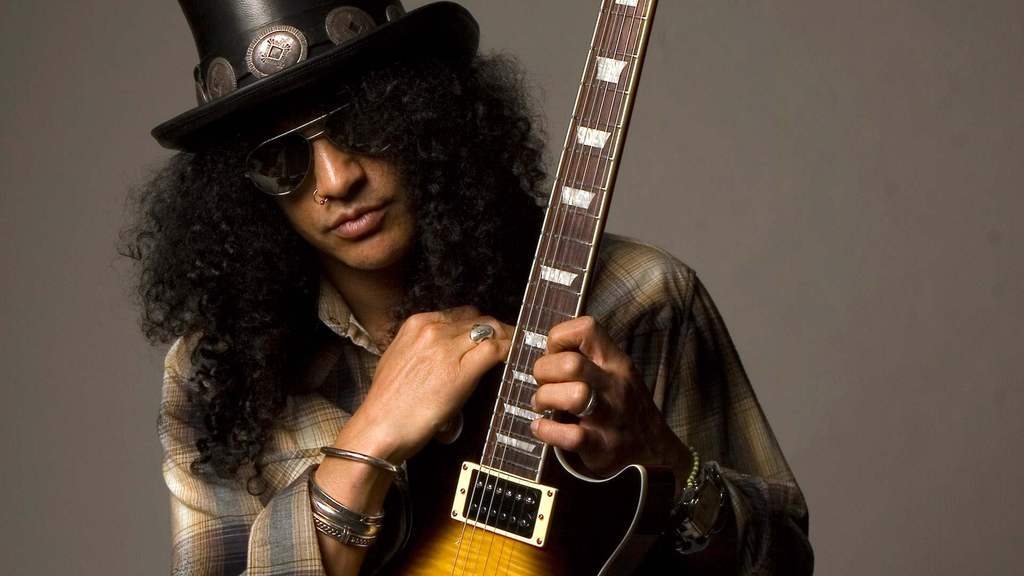 Comedian, singer and actress, Maya Rudolph, is best known for being a cast member of NBC’s popular television series, Saturday Night Live. After appearing on the show for seven years, Rudolph later appeared in films such as Bridesmaids, Grown Ups, and Sisters. In fact, Rudolph comes from a family who is very familiar with the entertainment industry, with her mother being singer-songwriter Minnie Riperton, and her father being composer Richard Rudolph. Soul Singer, Minnie Riperton was African-American, and Richard Rudolph is Ashkenazi Jewish. 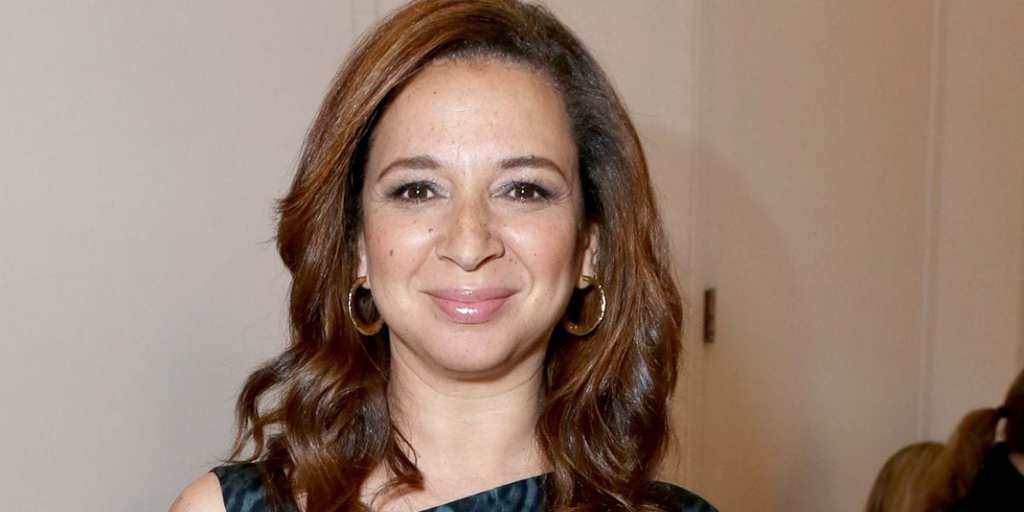 97-year-old, Carol Channing, is best known for starring in Broadway and film musicals during her career. The American actress, singer, dancer and comedian would often portray characters who were enthusiastic, expressive and had an easily identifiable voice. Channing was born in 1921 to a mother of German-Jewish descent, and a Black American father of mixed ancestry. However, Channing never revealed that her father was black until 2002 when the famous actress was 80 years old! That is a long time to wait to reveal the truth about your family background. 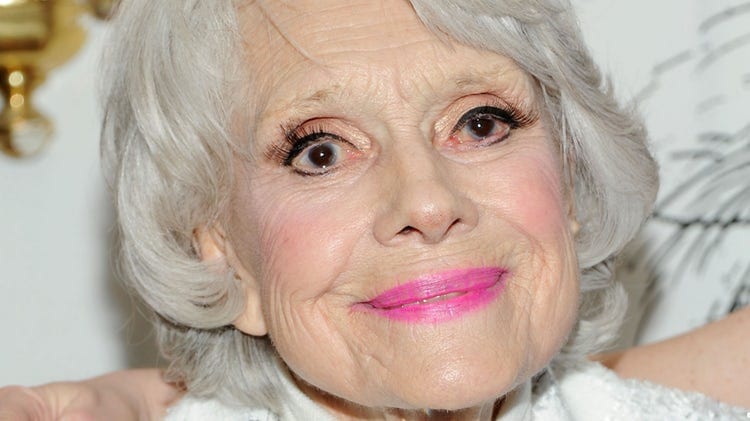 Ludwig Van Beethoven is one of the most famous classical composers, and even though paintings of the composer depict him as Caucasian, his mother was a Moor. In fact, his death mask highlights his African features, meaning the images of Beethoven were not wholly accurate. 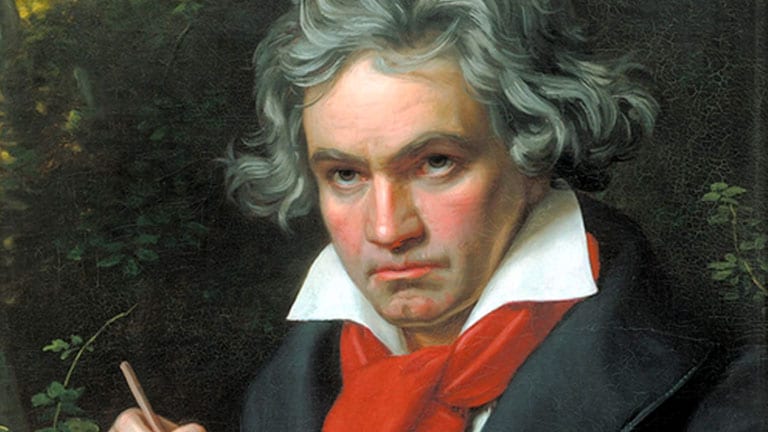 Queen Charlotte of Great Britain and Ireland reigned the two kingdoms from 1761 to 1801, during the time when America had declared their independence from Britain. While many would look at Queen Charlotte and think she was white, she was a descendent of Madragana, a Moor, and Portugal’s King Alfonso III. Wih the late Queen’s ancestry background proving to be of color, that would mean that Elizabeth II, Prince Charles, Prince William, and the rest of the family are, in fact, mixed race. 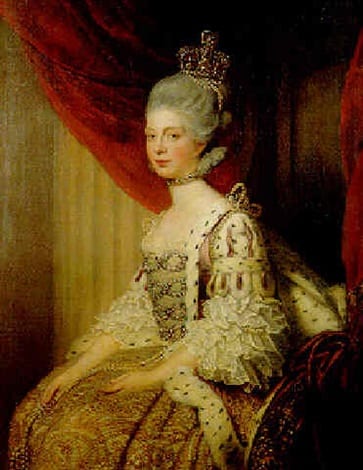 J. Edgar Hoover was an American detective and the first Director of the Federal Bureau of Investigation (FBI) of the United States. This FBI director was the son of a Swiss-German mother named Anna Marie, and an English-German father, Dickerson Naylor Hoover, Sr. To his peers, it was known that Hoover was a black man who was passing as white, but the public was none the wiser of this fact. Gore Vidal, said, “It was always said in my family and around the city that Hoover was mulatto.” 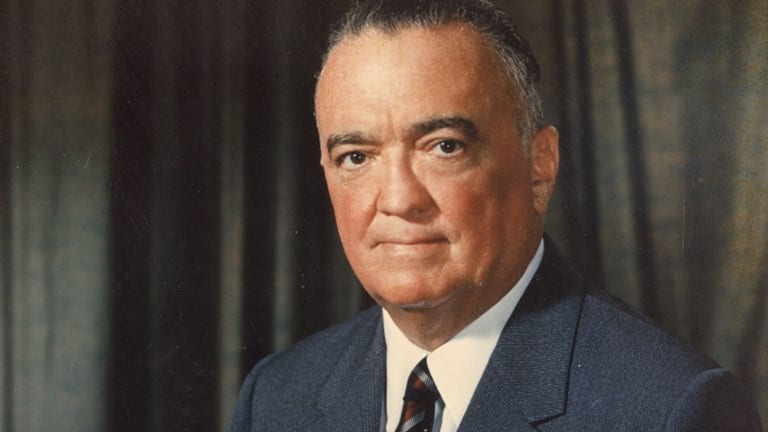 Although many might see a helicopter ride in a foreign country as an activity that's very ...

Tourists Have A Hard Time Adjusting To These Jarring Cultural Differences

Traveling to a new place gives you perspective. One of the things that differ from place to place, ...

Travelers heading to the UK can add a new destination to their itinerary. Though the English ...