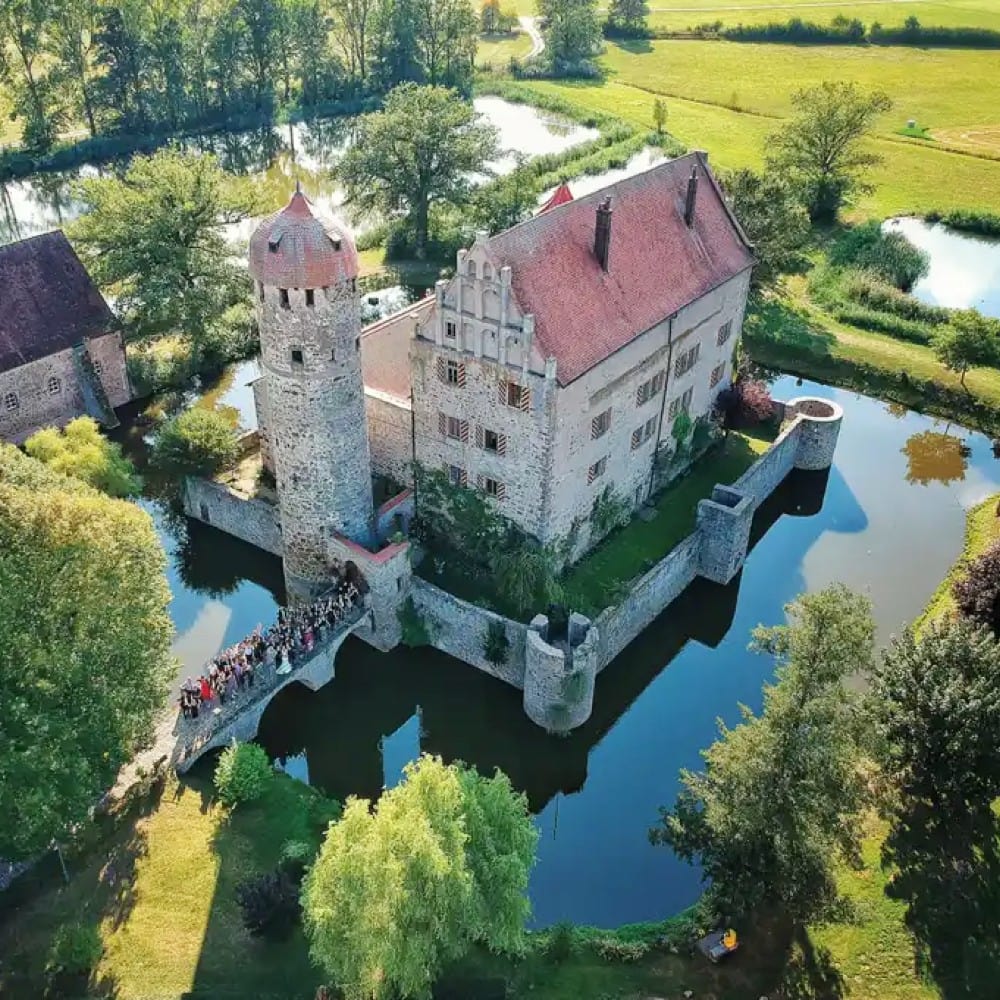 We’ve all stayed in hotels, motels, B&Bs, lodges, and maybe a luxury resort or two. But, have you ever fancied a stay amid structural grandiose and palatial hospitality? If yes, then it’s high time to check in at an authentic medieval castle. There are several fantastic forts, castles, and palaces around the world serving as luxury hotels and resorts delivering guests an experience to remember. Here are a few handpicked international selections for you.

Located along the famed Castle Road of Saxony-Anhalt in Germany, the Schloss Sommersdorf is a classic palace. This 14th-century battlement structure is completely surrounded by a water-filled moat, just like a genuine functional fort. This protection likely helped the castle to survive the ravaging Thirty Years’ War from 1618-1648, which plundered the local village. The inside of the stracture includes ivory-draped stone walls, a cozy B&B, and seven spacious rooms with impressive views. 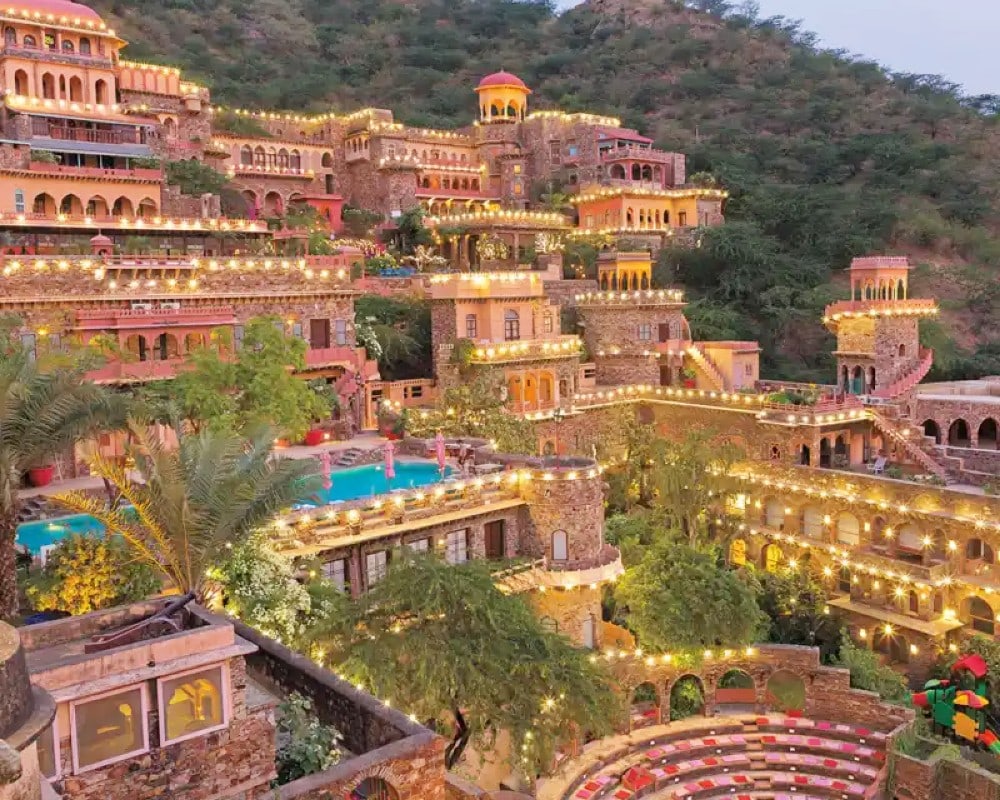 The West doesn’t hold the monopoly of having jaw-dropping fortresses and awe-inspiring palaces. Neemrana fort-palace in Rajasthan, India is a 15th-century castle built on a commanding hillside. Astoundingly, the 14-level lavish structure is spread on an abandoned and crumbling fixer-upper, leading to its rebranding as a luxury modern resort. One can easily get lost in this glittering labyrinth, which includes hanging gardens, a huge swimming pool, several eateries, countless palatial suits, and also an amphitheater.

The castle of Cardona differs from other Spanish castles with a foreboding structure that looks like a sorcerer’s stronghold. Located at the Pyrenees foothills in Catalonia, the ninth-century Parador De Cardona looms above the medieval town. The grand structure boasts an imposingly striking mix of Gothic and Romanesque architecture, with numerous squared parapets, vaulted passageways, and hospitable accommodations with canopy beds. For dining, the guests can choose from a range of lip-smacking Catalonian delicacies.

The site of Amberley Castle in Sussex of England resembles a period movie set. With a long history dating back to 683, the site first hosted a fortified manor house in 1086. During the English Civil War, the castle was sacked by anti-royalists. Since then, a series of lords and dukes supervised the upkeep until its full restoration in 1989 as a hotel. As history says, many royal figures like King Henry VIII passed through the twin tower gatehouse of the castle. Dripped in English country-style hospitality, the castle’s structure still holds a medieval touch with its suit of armors and exposed stones.

Check Out This Little Known English Hotspot That Locals Love

Tourists heading to London are guaranteed to stop at a number of well worn attractions. If you've ...

The holidays are here. This means people travel to meet their family and friends. In all this ...

The host of Travel Channel's hit show, Bizarre Foods, Andrew Zimmern is revealing the one most ...