The Greek island of Milos is one characterized by unique formations of rock, which stem from the island’s volcanic activity. The formations, in turn, have shaped the seafront in a way not often seen among the world’s best beaches.

As soft crags fold over the sparkling ocean, hidden within them are some of the best slices of paradise you can find in all of the Greek isles. Papafragas is just one such cave that shelters one of the most magnificent beaches in the entire country.

The walls of the cave jut over the clear water, forming narrow passes that swimmers can laze through. The cave itself holds a significant amount of history, as it was unsurprisingly a popular hideout for pirates long ago.

Now, there’s no need to worry about swashbuckling sailors, as the waters lap peacefully far below the craggy stone. Despite the wonder contained within the stone remnants, those who want to swim in the sheltered lagoon will have a bit of a trek to reach its shores. The trek isn’t for the faint of heart, as the path to the beach itself requires a descent down some less than accessible stone steps. 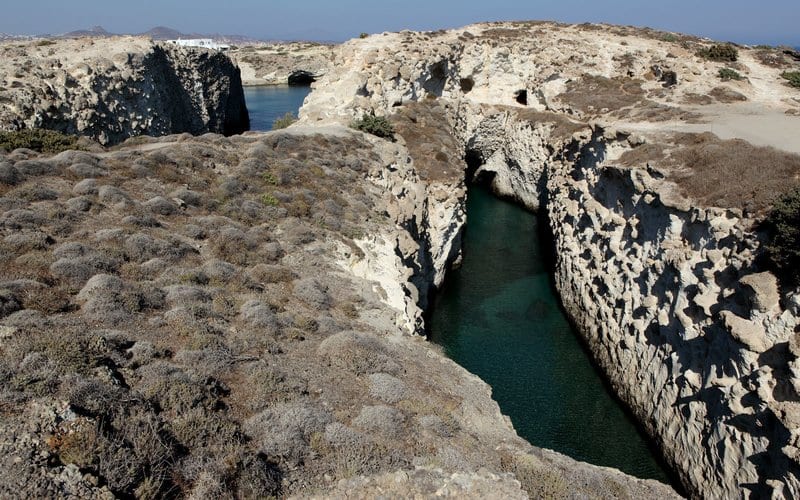 The Greek tourism board publicizes a warning about the steepness of the steps, some of which aren’t even flat themselves, given that they’re carved directly into the rock itself. If the idea of hiking to get to the beach is one that doesn’t catch your eye, there is another way to reach the hidden cave.

Starting at Adamas Port, there are boats that take you to the mouth of the cave, however, in order to reach the beach itself from that approach, you’ll have to swim. If you’re looking to add a touch of adventure to your next trip to Greece, consider making your destination Milos, just so you can experience Papafragas for yourself.

Anyone who loves roller coasters will surely want to add this one to their bucket list! Located in ...

While most of us are unable to travel around the world at the moment, these incredible virtual ...

Plan Your Next Vacation To This Affordable Caribbean Paradise

The Indura Beach and Golf Resort is situated within the jungles and along the beaches of Tela Bay ...