Upon entering the Henn-na Hotel in Tokyo, Japan, one would think it was going to be a standard hotel stay as you watch the doors open automatically, like electric doors do all over the world. However, the hotel distinguishes itself quickly, as guests are greeted by a velociraptor dressed as a bell hop.

No, this isn’t quite a scene from Jurassic Park, it’s a robotic dinosaur. Unlike their film counterparts, this dino is fluent in Japanese, and programmed to perform even the most basic of monetary transactions. Though there are a few humans located here and there, the hotel is overwhelmingly run by a staff of robots, some designed to look human, others that didn’t even try at all. 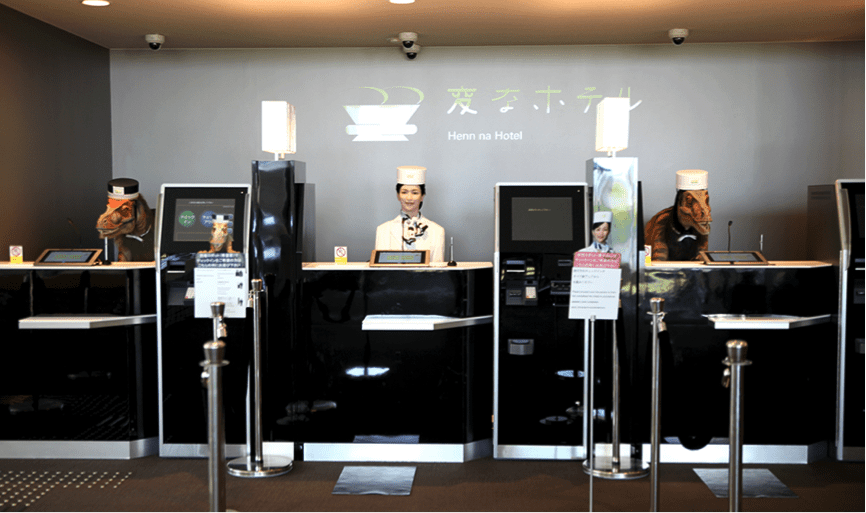 With a lobby full of vending machines, efficiency is the clear winner in the ‘Weird Hotel’ as Henn-na translates to in English. The robots designs are nearly endless, many taking their inspiration from the robots of Hollywood, as well as some that are certainly unique.

Each robot performs its own tasks, some are simply vacuums, others will lift luggage up onto the self driving trolley. Room numbers are spit out on paper from a machine that looks an awful lot like an ATM, while doors are opened by eye scanning technology.

If you’re looking for luxury, Henn-na isn’t exactly the best destination, as the sparse rooms reveal that every penny has been invested in the technology that keeps the place running. 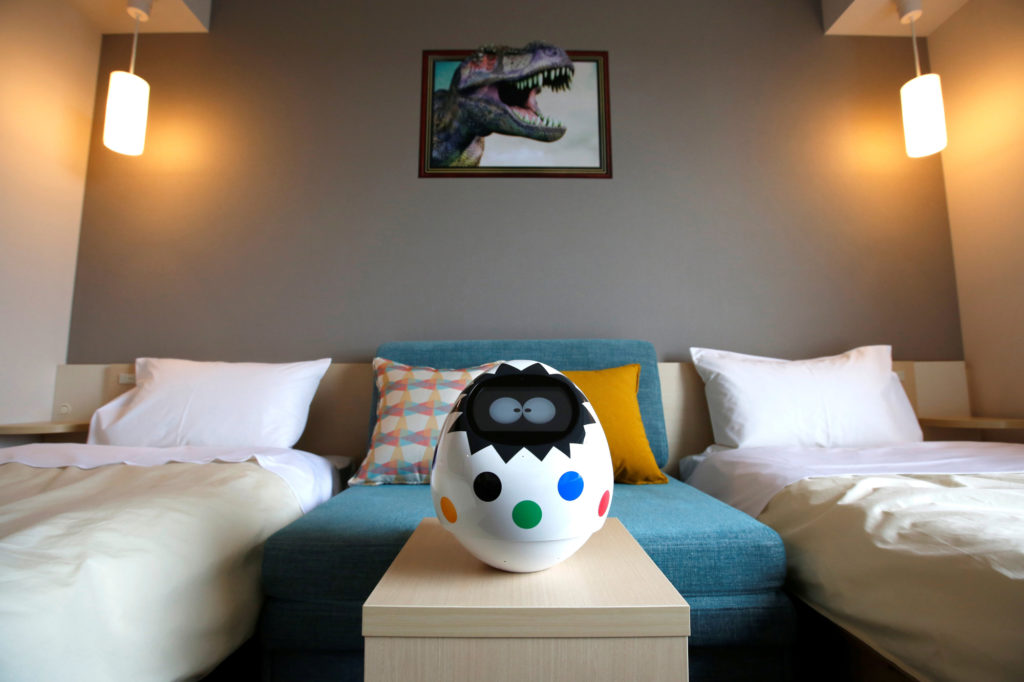 “This is the future,” hotel spokesperson  said. Allen Jongkeun Lee. He is one of the very few humans who work onsite, though monitors operations from behind the scenes. “No staff costs, no breaks, no one working in the shop or at the concierge. It drives costs down for us and for guests.”

The lowered operations costs have been passed onto patrons, who can find rooms starting around $94 a night, significant savings from the standard luxury offerings peppering Tokyo.

If you're like us, you're always hungry for the next big adventure and adrenaline-pumping forms of ...

This New York Rockaways Beach Hotel Has Us Dreaming of Summer

While most people’s vacation plans have been put on hold due to the ongoing pandemic, it’s never ...

The out of this world news has arrived, and it is time to get hear all about the new project ...