There are many locations around the world than begin to scramble when faced with the prospect of a severe snowstorm, but Shirakawa-go in Japan is not one of them. Dubbed the snowiest place in the world, Americans who live in the Great Lakes region may understand why.

While the Great Lakes produce what meteorologists call “Lake Effect” snow, Shirakawa-go is subject to “Ocean Effect” snow, as cooler air from Siberia absorbs moisture from the balmier Sea of Japan.

As these heavily saturated clouds pass over the high altitudes of the Japanese Alps, they veritable load of snow is dropped onto the thatched roofs of some of the most picturesque cottages you’ll find in the world. 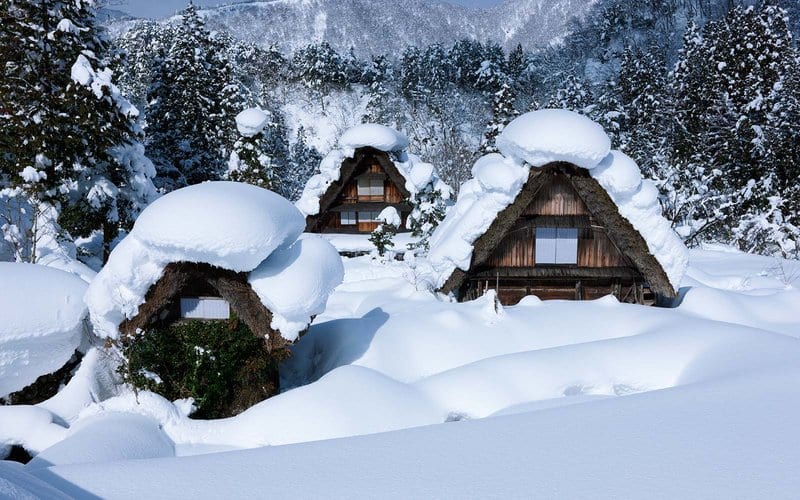 Shirakawa-go is Japanese for “White River Village,” and it’s tucked into a sheltered valley high in the mountains. According to the Japan Meteorological Agency, the amount of snowfall the hamlet gets per year is truly astounding, as its average snowfall clocks in at over 35 feet per year.

Cut off from the surrounding region by the circle of mountains, Shirakawa-go developed a culture all of its own. Known for its signature architectural style, the locals had to figure out ways of building structures that could handle the weight of all the heavy snows. 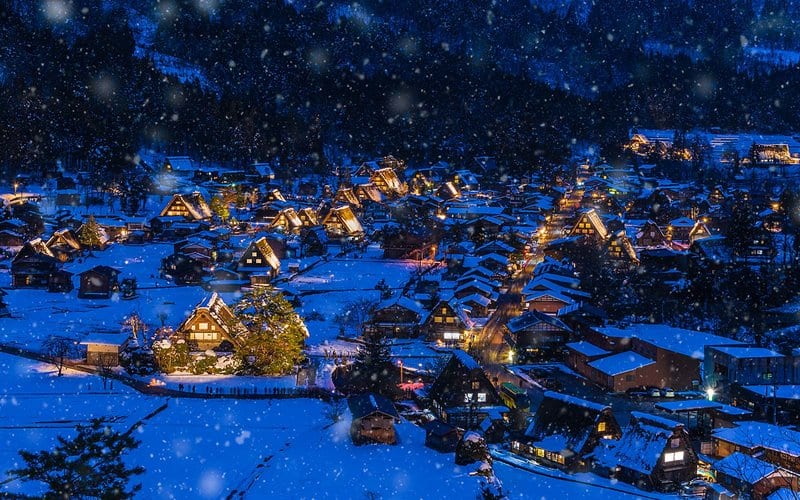 The steeply thatched roofs have become the village’s calling card, appearing in photos depicting the charming winter town which continue to entice tourists into visiting. Many of the village’s huts have been standing for over 250 years.

As more tourists have flocked to the area for a quiet winter retreat, the older buildings have been repurposed into destinations like museums, guest houses, and restaurants. While trudging through the sheer amounts of snow that Shirakawa-go sees may be discouraging to some, the various accommodations are particularly cozy, plus the hospitality in the region is unparalleled.

Here Are Our Top 3 Hiking Destinations for 2019

While traveling these days usually means hunting for a decently priced hotel room or Airbnb option ...

5 Reasons to Visit Axarquia in Spain

You probably don’t need us to tell you that Spain is a hugely popular tourist destination. This ...

The Ultimate Destinations Around The World For Foodies

Just the thought of a good meal is enough to get most of our mouths watering. Now, you can combine ...