Less than an hour outside of the city of Merida, a hacienda hotel has opened its doors in the middle of the Yucatan jungle. Though the concept isn’t entirely novel, Chablé sets itself apart from the crowd by fusing the past and the present together in an unmatchable experience.

Reached by a well travel dirt path, the main house is antique hacienda is an homage to the stately architecture of the period. Rooms are housed in private villas that are so submerged in the surrounding jungle, it can feel like you’re the only guests around.

Despite the tangled jungle exterior, the interior of the rooms are designed with minimalism in mind. Cool neutrals and sleek lines are a refreshing contrast to the surrounding fauna. 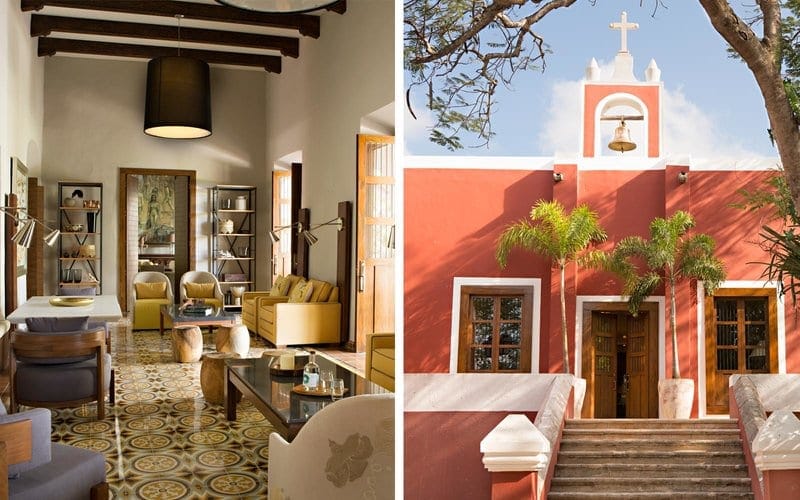 Each villa has its own private patio complete with a soaking pool, lounge chairs, and even a hammock. The center of the Chablé resort, however, is its spa. The spa surrounds a freshwater sinkhole, called cenote in Spanish, not far from the public swimming pool.

The services on offer include the usual treatments, like massages and facials, but they are giving a local twist by employing Mayan healing traditions. As far as less common treatments go, the spa offers what they call a Janzu water massage as well as an experience in an ancient style sweat lodge. The lodge is not just a native style sauna but also features a shaman performing local spiritual rituals. 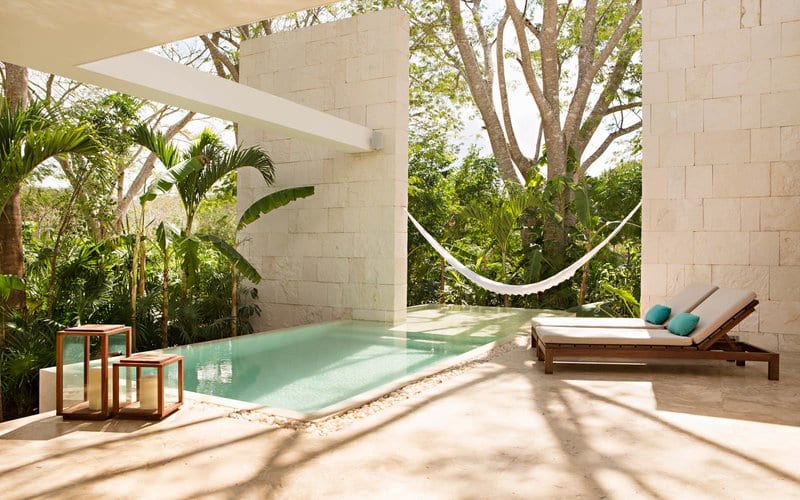 When it comes to eating at Chablé, there are three restaurants on site. The main dining room is called, Ixi’Im, while the restaurant situated by the pool has been titled, Ki’Ol, which is in addition to a restaurant located in the spa complex. All of the fare is designed for the health conscious by Mexican celebrity chef, Jorge Vallejo, who owns the Mexico City restaurant, Quintonil.

Governor's Island, which sits off the southernmost tip of Manhattan is mostly known for it's annual ...

Deep in the state of Florida, Walt Disney World is the place to be for those interested in seeing a ...

3 Mistakes Everyone Has Made While Going Through Airport Security

Ah, we've all been there. Scanning through your luggage to look for the boarding pass that you were ...