Hidden away among the dusty, winding roads of the Atlas mountains, Dar Ahlam, which is Arabic for House of Dreams, is a stunning and secluded luxury resort. Steeped in mystery, there is no check in desk upon arrival at the 19th century fortress.

The pink stone of its exterior evokes a sense of medieval intrigue as depicted in the films of Old Hollywood. When you enter the stark darkness of the lobby, hotel staff silently glide in to take your bags and show you to your room. 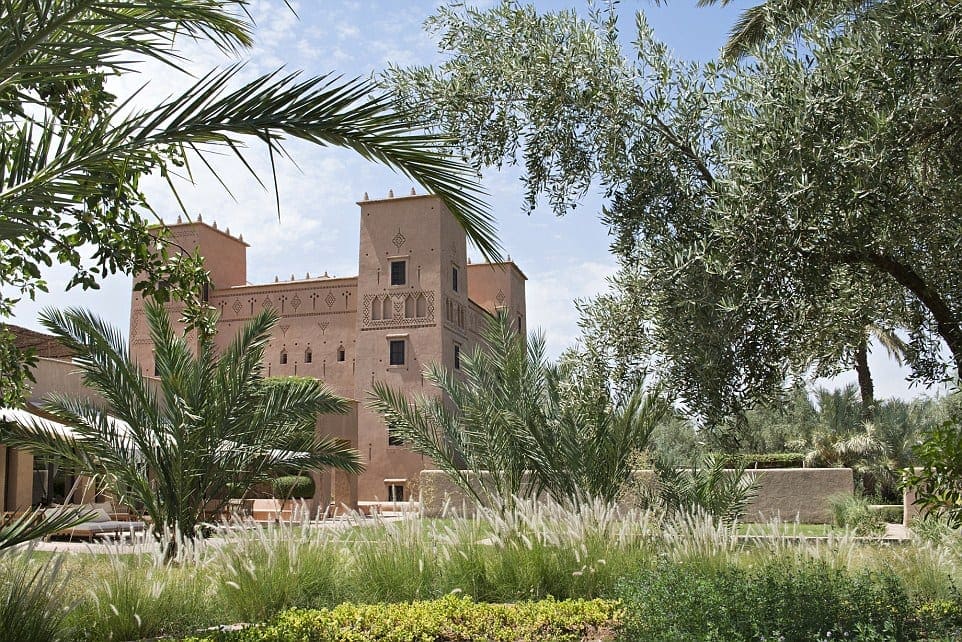 The extravagance of Dar Ahlam is such that while dining within its extensive grounds you will never be served the same meal twice.

In fact, each meal is served in a different and unexpected setting, from the blooming almond groves in its gardens, to a cozy candlelit room suddenly amongst the labyrinth of twisting corridors that make up the interior of the hotel, or a terrace overlooking the forlorn desert background of the Moroccan countryside. 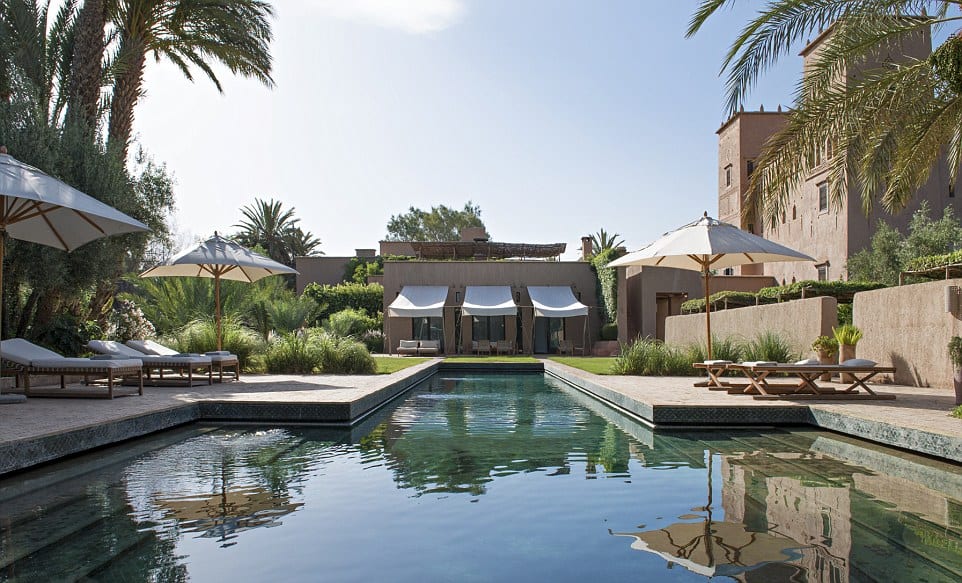 Established by a French events coordinator from Paris, each of the rooms in Dar Ahlam is unique in design, filled with one of a kind Moroccan tiles and arabesques. The gardens are staffed by a local Berber guide on staff to explain and share details of Berber culture, from the importance of being multi-talented to everyone taking part in the local community. 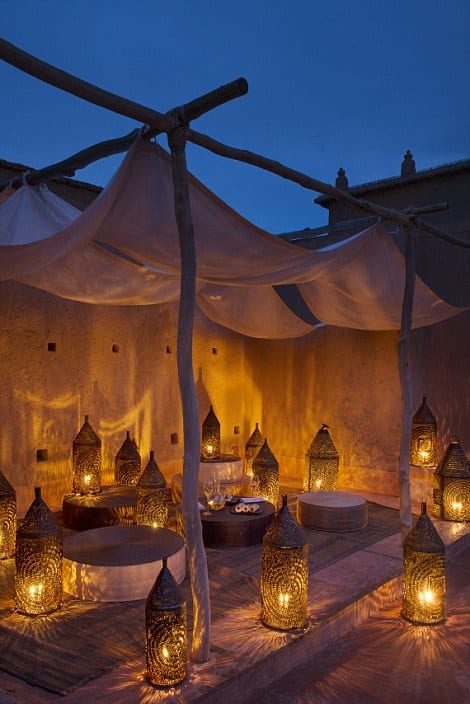 For those who want to push themselves a little further, from the embrace of luxury to a luxurious embrace of the ruggedness of the desert, Dar Ahlam owns and operates a camping site just a 5 hour drive from their main hotel.

The Dar Ahlam encampment is a far cry from traditional camp grounds, and even sets itself apart from the more ordinary tent seas that spring up in Morocco during the vacationing months.

Truly a “glamping” experience, guests are treated to tents decorated in the same one of a kind style of the rooms at main site. With only one party allowed at a time, Dar Ahlam maintains its air of romantic seclusion as a fantastical escape from your day to day life.

The Most Incredible Light Festivals Around The World

There’s something about bright, colorful lights that just puts smiles on our faces. They bring ...

Giving the gift of an opportunity to purchase whatever you want or need is almost always ...

In the past year, eight new hotels were granted the prestigious title of an AAA Five Diamond ...