Destination weddings always seem to produce scenic photos of newlyweds getting hitched in exotic locations, but this couple set the bar to a new level when they decided to get married atop of Mount Everest. Ashley Schmeider and James Sissom scaled Mount Everest with wedding attire in tow, to tie the knot on the Earth’s highest mountain. 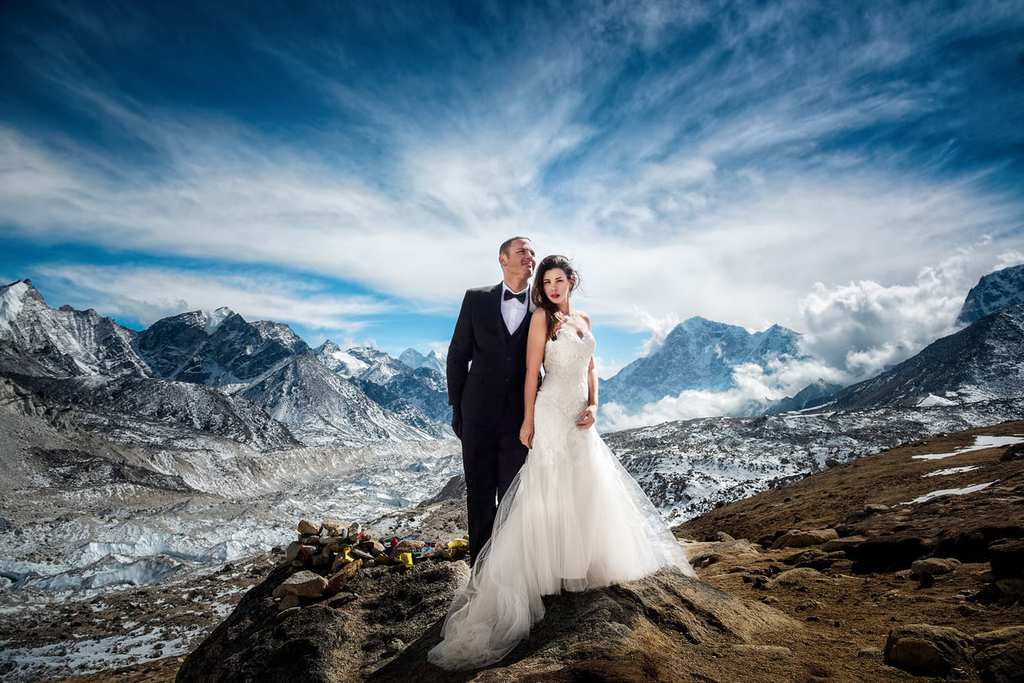 Adventure photographer Charleton Churchill was on hand to capture the ambitious couple’s special day in the most unique and breathtaking location. A minor blip in the mission came on the night before they reached base camp when groom, James, suffered from altitude sickness and was forced to sleep with an oxygen mask. Thankfully, he made a full recovery and the wedding shoot went ahead the following day.

The couple chose Mount Everest as their wedding location after deciding they wanted an unconventional wedding. When James suggested the idea, the couple got to work on adjusting to the high altitude, hiking across the canyon to Namche Bazar. When the couple reached base camp, they had just one hour and a half to eat, change into their wedding attire and exchange vows before leaving via helicopter. 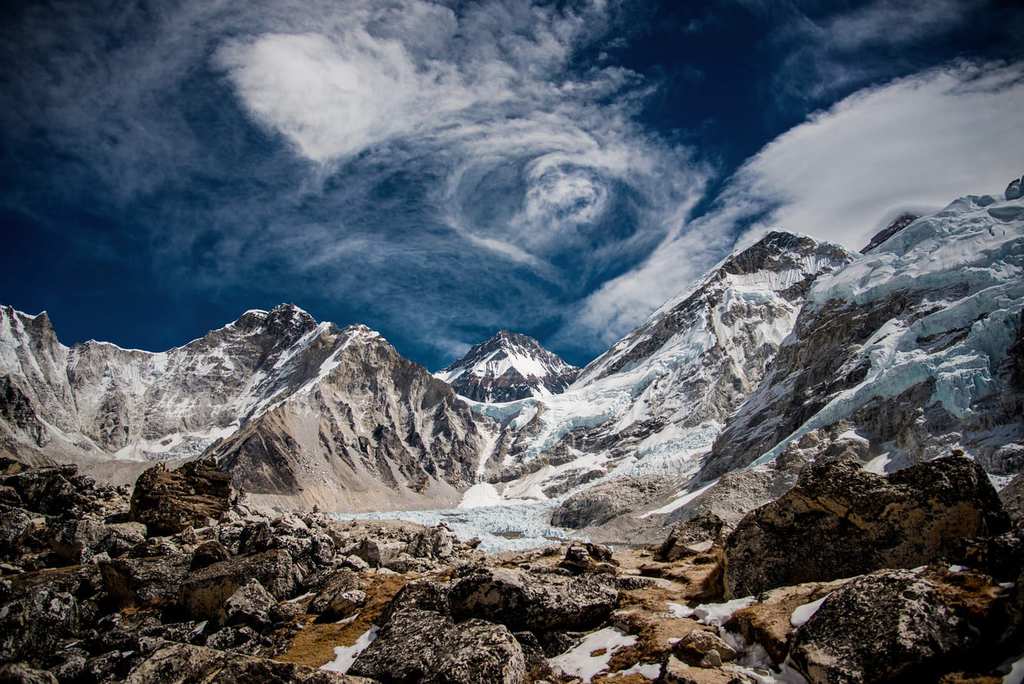 Ashley and James took time to take pictures on the mountain, surrounded by spectacular views. At one point, they noticed that the clouds above had formed into heart shapes, making incredible photos and giving the couple the biggest sign of all about their marriage journey ahead.

At the time the couple finally exchanged vows, they were standing at 17,600 feet in temperatures varying between -5 to 5 degrees Fahrenheit. Photographer Churchill wrote of the occassion “It was truly a moment of awesomeness, knowing where we were at that time, and how hard we worked to get there, this moment was finally happening,” 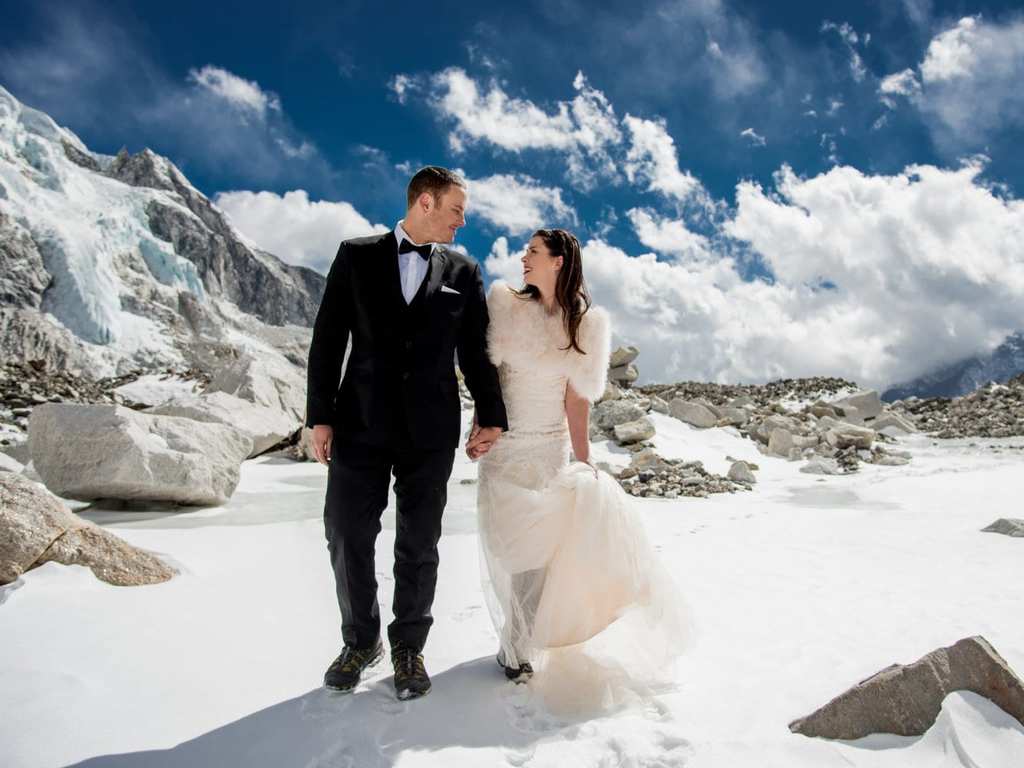 In a turn of events, the helicopter they planned to whisk them away from the below freezing temperatures had to abort mission when the weather became too precarious so the newlyweds ended up spending another night at the base camp. The next day when the helicopter was cleared for landing, the thrilling couple inscribed their names and wedding date into a rock which they left at the summit of the mountain.

These Beautiful Sculptures of Myanmar Have Been Reclaimed by Nature

In Myanmar sits the small lakeside village of Indein, known for being home to thousands of stupas, ...

Top Restaurants to Try Out in Marrakech

The most visited city in Morocco, Marrakech is famous for many things like its markets, museums, ...

From international trade to world-renowned music and food, New Orleans has always been one of the ...